GIVING THE GIFT OF LEARNING

Ghana, like all sub-Saharan countries, is predominantly a young nation. Close to 40 per cent of its population are children under the age of 15.

While, in recent years, the country has made great strides forward in providing free access to primary and secondary education, hundreds of thousands of children still drop out of school early, or miss out on attending at all. The problem is particularly pronounced in more rural parts of the nation, where many families live below the international poverty line. While attendance itself may come at no charge, the associated costs of textbooks, uniforms, transport and other school essentials can prove too heavy a financial burden for many parents. For other families, meanwhile, sending their children to school is simply not an option as they are required to work on their farmsteads, or collect water,  in order to survive.

The situation is only exacerbated by a critical shortage of provisions within many Ghanaian schools themselves.

This is a major issue as the lack of education is a recognised cause of extreme poverty. Without qualifications or even basic standards of literacy and numeracy, the next generation is denied the prospect of earning a good living and, as a result, the chance to have a better quality of life. Given that there is a direct correlation between poverty and the likelihood of keeping children out of school, this situation becomes self-perpetuating. 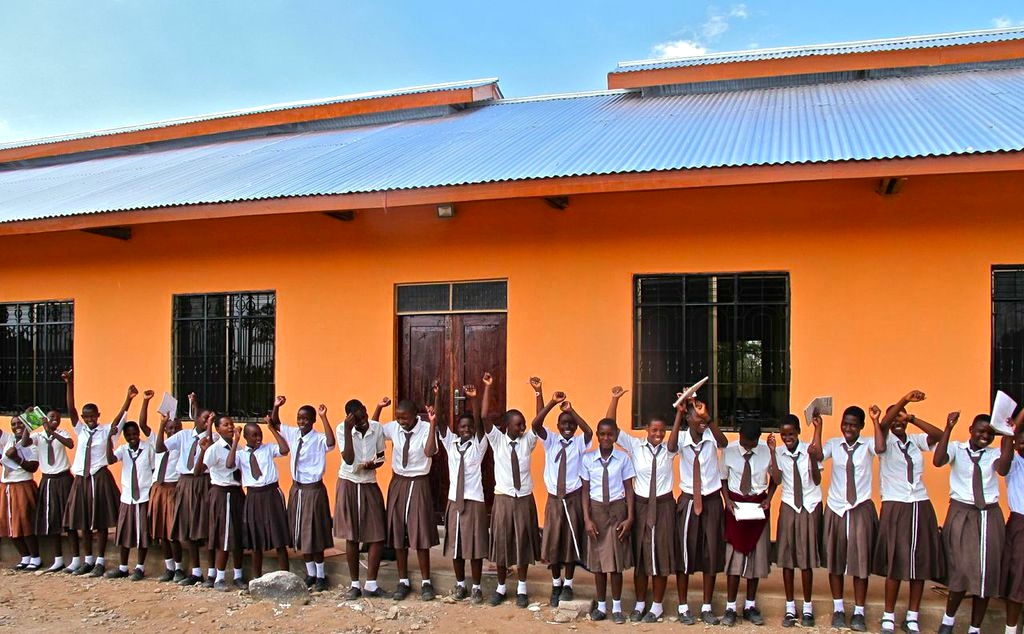 Receiving a good education is one of the most power means of escaping the extreme poverty cycle.

The Power of Education

Education is often referred to as the “great equalizer” because of its power to free people from poverty and dependency.

In fact, according to UNESCO, the global poverty rate could be reduced by more than half if everyone completed secondary education.

With the benefit of a good education, young people can enjoy greater career prospects, financial and personal security, and social standing.

But having the young receive schooling also confers many other, wider benefits for society, including improved health and reduced incidence of diseases, economic prosperity and gender equality.

How Campaign Against Poverty is Helping

We are actively working to help children living in the most deprived areas of Ghana stay in education by relieving the financial pressure both from their families and rural schools. This is being achieved by the provision of essential educational material such as textbooks, stationery and computers.

All young people have a human right to receive a good education. With your help, we can build a new, brighter future for them, their families and, in time, their own children.